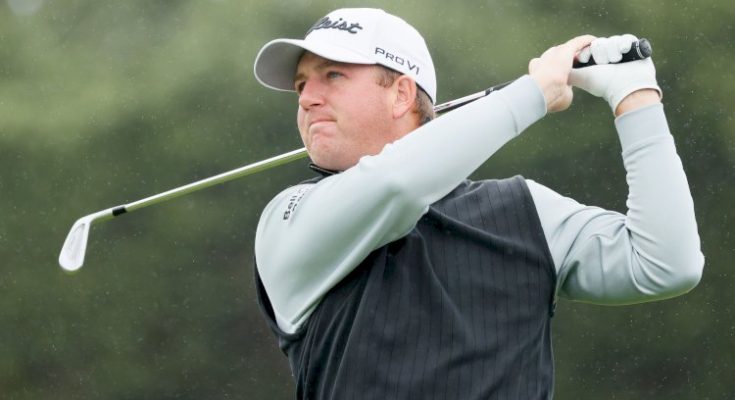 He played college golf at Texas Christian University where he won two events. He placed tied for third in the individual portion of the 2009 NCAA Golf Championship. He also won several North Dakota and Minnesota amateur titles.

Tom Hoge is married with his beautiful wife Kelly Hoge. Hoge and Kelly Hoge exchanged their wedding vows in December 2017.Both of them had been dating each other for more than three years before tying their wedding knot.

Tom Hoge has an estimated Net Worth arund $6 Million in 2022.In his last season, Hofe took home $1.8 Million from his 25 events in which he made cuts in 13 games, which is similar to that of his friend, Mark Hubbard, who earned $1.9 Million.

His best finishes on the Web.com Tour were a pair of second-place finishes at the 2013 BMW Charity Pro-Am and the 2015 Nationwide Children’s Hospital Championship.

Hoge has played on the PGA Tour since 2015. Hoge held the lead after 36-holes along with Tiger Woods at the 2015 Wyndham Championship. His first 54-hole lead was at the 2018 Sony Open in Hawaii where he climbed from second after 36 holes. He eventually finished in third place.

In February 2022, Hoge won his first PGA Tour event at the AT&T Pebble Beach Pro-Am after 202 PGA Tour starts. Hoge shot a final round 68 to win by two strokes over Jordan Spieth.

In his second round at the Charles Schwab Challenge, Tom Hoge hit 8 of 14 fairways and 11 of 18 greens in regulation, finishing at 4 over for the tournament. Hoge finished his day tied for 93rd at 4 over; Beau Hossler, Scott Stallings, and Scottie Scheffler are tied for 1st at 9 under; Patrick Reed is in 4th at 8 under; and Pat Perez and Chris Kirk are tied for 5th at 7 under.

At the 199-yard par-3 eighth, Hoge hit a tee shot 189 yards at the green, setting himself up for the 20-foot putt for birdie. This moved Hoge to 2 under for the round. Hoge got a bogey on the 407-yard par-4 ninth, getting on the green in 3 and two putting, moving Hoge to 1 under for the round.