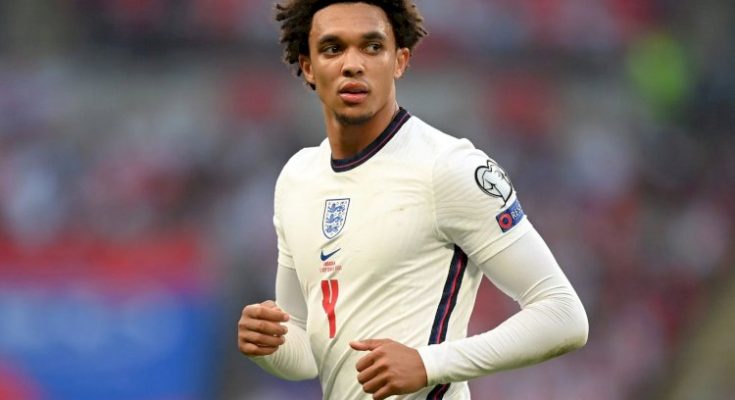 Trent John Alexander-Arnold is an English professional footballer who plays as a right-back for Premier League club Liverpool and the England national team. Known for his range of passing and providing assists, he is regarded as one of the best right-backs in world football. Alexander-Arnold has also represented England at various youth levels and made his senior debut in 2018. He has since featured at the 2018 FIFA World Cup, where he became only the fourth teenager to start a match for England in the tournament, and in the 2018–19 UEFA Nations League, where his nation finished in third place in the inaugural edition of the competition. 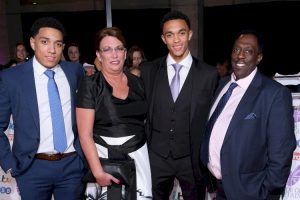 Trent John Alexander-Arnold was born in West Derby, Liverpool, on October 7, 1998. He went to St Matthew’s Catholic Primary School before transferring to St Mary’s Catholic Primary School in Crosby. When he was six years old, his local football club, Liverpool, conducted a half-term camp for a number of students from his school, and his name was selected out of a hat to attend. He has two brothers; Tyler, who is four years his senior and acts as his agent, and Marcel, who is three years younger.

He was noticed there by academy coach Ian Barrigan, who approached his parents and offered him a place in the club’s academy. He began training two to three times per week in a variety of positions before eventually becoming the club’s captain at the U16 and U18 levels under coach Pepijn Lijnders. In the interim, he left St. Mary’s at the age of 14 to enrol at Rainhill High School, a school that is affiliated with the football club. Alexander-Arnold was thus eligible to play for the United States prior to making his England debut. 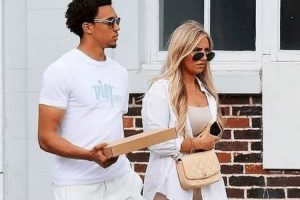 Trent Alexander Arnold is in relationship with girlfriend Hannah Atkins. The couple was spotted together while going on lunch together. Furthermore, Trent had managed to keep his love life away from the spotlight until now.

Trent John Alexander-Arnold is an English professional footballer has an estimated Net Worth $4 Million in 2022.All esrnings comes from his Sports career.

During his time in Liverpool’s academy Alexander-Arnold converted from a outside midfielder to a right-back.It was the position that offered him the clearest path to the first team and he excelled in his new role, being singled out by former Liverpool captain Steven Gerrard, who tipped him to have a bright future at the club in his autobiography.As a result of his rapid progression, and in the buildup to the 2015–16 season, Alexander-Arnold was selected in the first team squad by manager Brendan Rodgers for the team’s final pre-season friendly against Swindon Town where he marked his unofficial debut for the club in a 2–1 win.

Having previously taken part in Liverpool’s pre-season tour of the United States, Alexander-Arnold made his professional debut on 25 October 2016, starting in a 2–1 victory over Tottenham Hotspur in the fourth round of the EFL Cup. He was booked in the first half for a foul on Ben Davies, which he later revealed could have ended in him being sent off, before being substituted for first-choice right-back Nathaniel Clyne in the 68th minute.Despite the indiscretion, his performance earned a spot in the EFL Cup Team of the Round alongside teammate Daniel Sturridge.

In Session 2020 – 2021 Alexander-Arnold continued to feature prominently for Liverpool during the 2020–21 campaign and, on 9 December, became the youngest-ever player to captain the club in European competition, and third-youngest in any competition, when he donned the armband during the Reds’ 1–1 Champions League draw against FC Midtjylland.

Later that month, he was named in the 2020 FIFA FIFPro Men’s World XI alongside teammates Alisson, Van Dijk and Thiago Alcântara, althewhile Liverpool set about its domestic title defence by topping the league standings by Christmas.

On 30 July, Alexander-Arnold signed a new long-term contract with Liverpool. On 16 December, Alexander-Arnold scored Liverpool’s third goal in a 3–1 home win against Newcastle United with a 25 yard strike into the top left corner of the goal in what was Liverpool’s 2000th top-flight win, the first club in English history to reach this landmark.